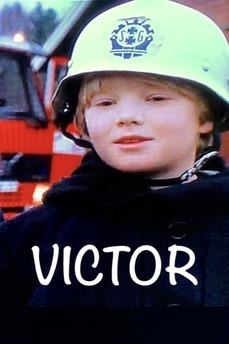 Victor is a boy of maybe eight years old. He is in the hospital, where he is slowly dying of leukemia. Victor is obsessed by firemen and firefighting: his hospital bed is festooned with drawings of firemen, he plays with an empty fire extinguisher, and he dreams of being a fireman when he grows up.

Only he isn't going to grow up, because he's got barely a month to live. His mom, hoping to fulfill his dream, visits the local fire station and asks if Victor can come for a tour. Bosse, the irascible man in charge of the fire house, says that he can do better, and winds up making Victor an honorary fireman.