Roy: You think that if people could commit any crime they could think of, they could get it out of their system?... These people get a taste, and they can't get enough. 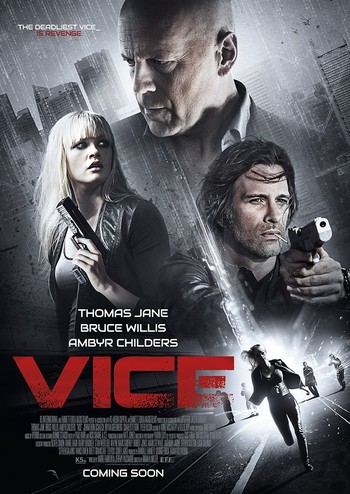 What Measure Is a Non-Human?
A 2015 sci fi Direct to Video action film featuring a detective, Roy Tedeschi (Thomas Jane) who has to go up against the titular company and their CEO Julian Michaels (Bruce Willis) to stop their abuse of the "artificials" they use to entertain their guests and let them live out their darkest desires upon. Hampered by other police officers, who are being bribed by the Vice Corporation, Roy teams up with escaped artifical Kelly (Ambyr Childers) to finally put an end to the nefarious business.