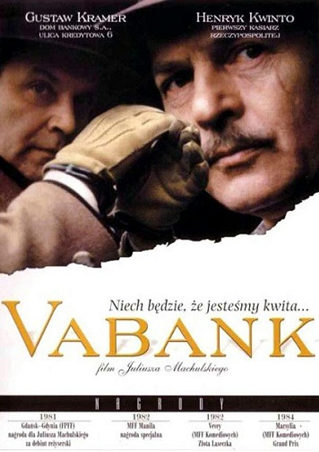 Let's call it even...
1934, Warsaw. Henryk Kwinto, the master safecracker, Just Got Out of Jail. He steadfastly refuses his old pals propositions for getting back into business - fully intending to clean up his act and live as a musician from now on. The past is in the past. Except, of course, for his non-criminal best friend Tadeusz, whom Kwinto goes to visit right after getting out.
Advertisement:

And learns that Tadeusz was Driven to Suicide by financial problems, stemming from having been conned out of all of his money by Kramer's less-than-honest bank. And Kramer, incidentally, is the guy who got Kwinto into jail in the first place...

Some tropes you'll find in it. If you look closely: