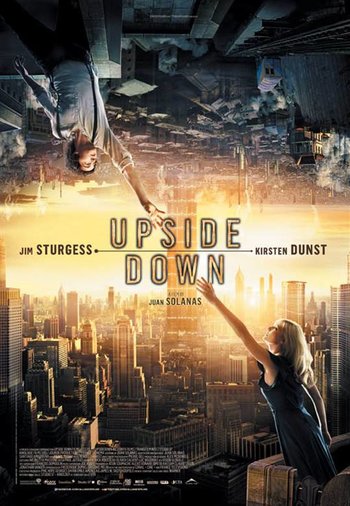 "Gravity. They say you can't fight it. Well, I disagree. What if love was stronger than gravity?"
— Adam

Upside Down is a 2012 sci-fi/romance film dealing with life in a rather unique planetary system. There are two planets, the downtrodden Down Below and the prosperous Up Top, which have opposite gravities due to a physical phenomenon known as "dual gravity". Contact between the worlds is usually forbidden. Things change when Adam (Jim Sturgess), from the Down Below, falls in love with Eden (Kirsten Dunst), from Up Top…