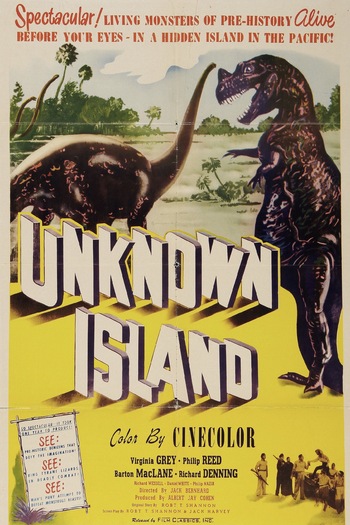 A 1948 adventure film directed by Jack Bernhard. The first post-war dinosaur movie and the first one made in color.

An adventure-seeker and his fiancee (who finances the expedition) set off for the eponymous, uncharted South Pacific island. The adventurer spotted the island during the war and took a photograph of a dinosaur. Wanting to go back, he hires a captain who locates the only person to visit the island and get off of it alive. When they get there, they find dinosaurs and other prehistoric monsters.