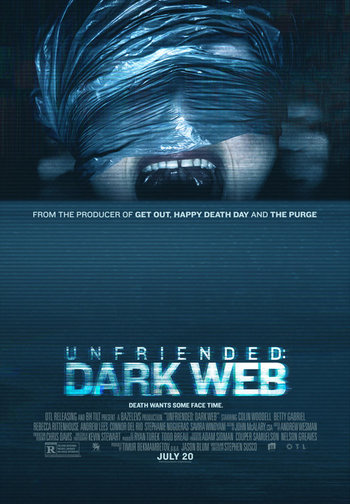 You can't hide.
Unfriended: Dark Web is a found footage Horror Film and a stand alone sequel to the 2014 film Unfriended. It shares no characters or plot elements with the first, apart from the basic format of everything unfolding on a computer screen.
Advertisement:

A young man takes a new laptop from a lost-and-found bin, and finds a cache of secret files on it. While on a video call with his friends, he discovers the disturbing nature of the files—and that the previous owner, a user of the deep web, is watching him and will do anything to get the laptop back.