Film / Under the Tree 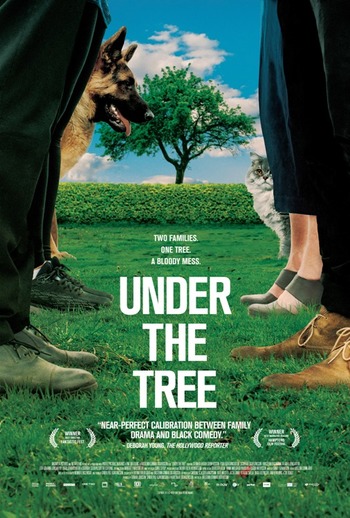 Under the Tree (Icelandic: Undir trénu) is a 2017 black comedy written and directed by Hafsteinn Gunnar Sigurðsson.

Iceland is one of the most notoriously gloomy places in the world, so it's only natural that Icelandic people enjoy it the few times they can a year.

When Eybjorg (Selma Björnsdóttir) complains to her neighbors Inga & Baldvin (Edda Björgvinsdóttir & Sigurður Sigurjónsson) about their tree causing an overcast over her backyard, her grievance is not met in kind. When Eybjorg's husband Konrad (Þorsteinn Bachmann) and their neighbors' son Atli (Steinþór Hróar Steinþórsson) get involved, matters only get worse from there.

Under the Tree contains examples of: