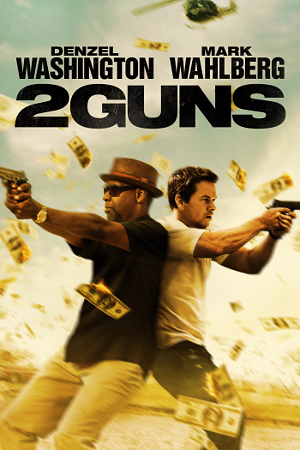 Make it rain.
"You fight for the guy who's fighting next to you."
— Stig
Advertisement:

Bobby Trench (Denzel Washington) is an undercover DEA Agent trying to take down drug lord Papi Greco (Edward James Olmos) for dealing cocaine. After being given a two week deadline by his boss, and facing a major set-back when the man he was trying to flip on Papi winds up dead, he takes some advice from his acquaintance Stig (Mark Wahlberg) and agrees to rob the bank where Papi keeps the money from his operation. Unfortunately for him, Stigman's an undercover US Navy officer and the bank they just robbed was full of the CIA's money. Who really want it back. Because it's their money. Neither Stig or Bobby realize the other isn't a lowlife crook. Hilarity Ensues.