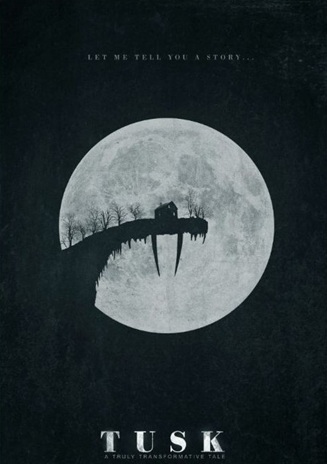 "Let me tell you a story..."
Advertisement:

Wallace Bryton (Long) and Teddy Craft (Osment) are best friends and co-hosts of the popular podcast The Not-See Party. While the podcast largely revolves around them finding and mocking humiliating viral videos, another key aspect of it is Wallace traveling abroad to interview strange people he meets in order to report back on his findings to Teddy, who is afraid of flying and as such does not see any of Wallace's adventures.

When Wallace's latest trip sends him to Canada, he ends up meeting an eccentric retired seafarer (Parks) with a remote house in the backwoods who promises interesting stories. However, it isn't long before Wallace ends up in over his head and comes to realize that there's far, far more to the old man than meets the eye. As he fails to return from his trip, the film also follows Teddy and Wallace's girlfriend Ally (Rodriguez) as they team up to investigate what happened to him.

, which he and Scott Mosier then turned into a horror movie pitch just for the fun of it. Smith then asked his fans on Twitter whether they thought the film should be made, to which a vast majority approved of the idea.

Tusk is also the first in Smith's True North trilogy, three films in self-contained universes all set in Canada; it is followed by Yoga Hosers and the planned Moose Jawsnote which he says will literally be Jaws with a moose).