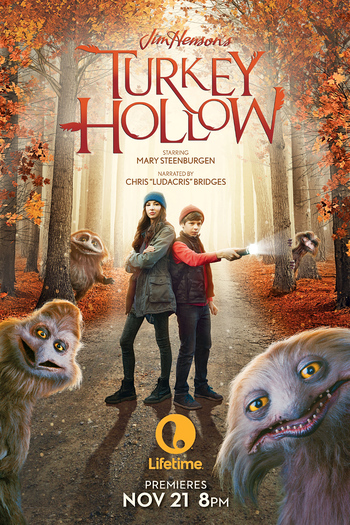 Turkey Hollow is a 2015 Made-for-TV Movie made by the Jim Henson Company, adapted from an unproduced 1968 treatment by Jim Henson and Jerry Juhl called The Musical Monsters of Turkey Hollow, which itself was adapted into a graphic novel by Roger Langridge (The Muppet Show Comic Book) published at Archaia Entertainment the previous year.

The Emmersons visit their relative Cly in the small town of Turkey Hollow for Thanksgiving. Bored by the town's lack of modern technology, Tim and Annie try to find a local legendary creature called the Howling Hoodoo.