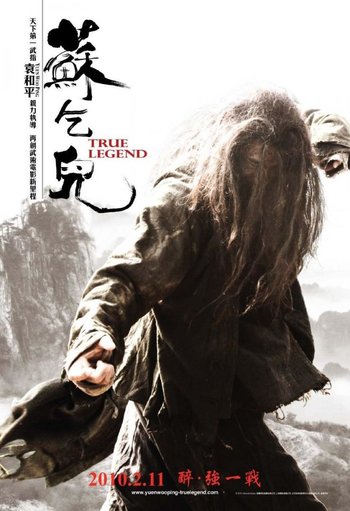 Su Can (Vincent Chiu) was once a proud warrior and general, but Su Can's half-brother, Yuan-lie - the child of a villainous martial arts master killed by Su Can's father and subsequently adopted into the Su family - harbors an old grudge towards the Su family, and specifically despises Su Can due to his achievements as a warrior. Seeking revenge against the entire Su bloodline, Yuen initiates a massacre where Su Can, his wife Ying (Zhou Xun) and his son Su Feng, are among the only survivors. Barely surviving the bloodshed, Su Can and Ying are rescued by a herbalist named Sister Yu (Michelle Yeoh), while Su Feng is taken away by Yuan as a foster son. Now desperately seeking vengeance,Su Can seeks guidance from the fabled God of Wushu to learn the true powers of martial arts and rescue his son Su Feng from his demented half-brother.

David Carradine shows up near the ending as a pit fighting-ring host, in his final film role.