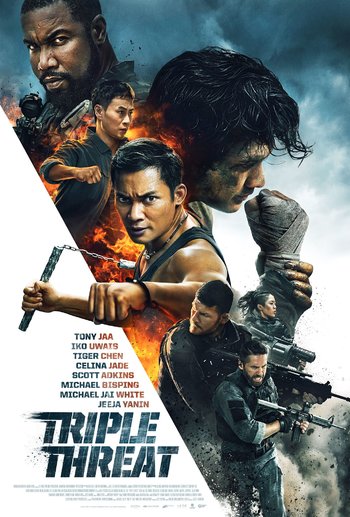 A villager loses his wife when a band of mercenaries massacre his village to free their leader; days later an heiress pledges money to charity in order to combat corruption, making her a target of said team of mercenaries, on behalf of a local mobster. Meanwhile, two of the mercenaries have taken up illegal boxing. Each path collides in a heated final confrontation.

These examples don't just quit, do they?