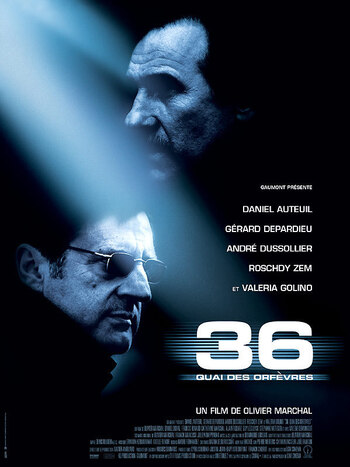 Robert Mancini (Dussolier), the chief of police is promoted. Both Léo Vrinks (Auteuil), head of the BRI (a French police service), and Denis Klein (Depardieu), head of the BRB (another police service), could succeed him. Mancini decides that the one who will catch a gang of robbers will be his successor. Hugo Silien, an informant who works for Vrinks, discloses information on the hideout of the gang on the condition that Vrinks does not tell about a murder committed by Silien in the presence of Vrinks. Vrinks reluctantly accepts the deal. The gang is arrested by the BRI and the BRB, but a friend and colleague of Vrinks, Eddy Valence, is killed in the operation, because of an error of Klein. Vrinks wants Klein to be disciplined for that, but Klein starts investigating the case of the murder committed by Silien.