Film / Treasure of the Amazon 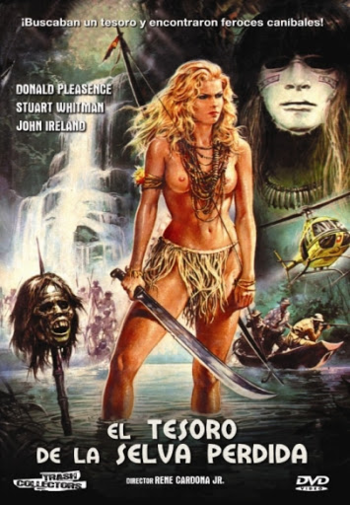 Treasure of the Amazon is a 1985 film directed by Rene Cardona Jr., starring Stuart Whitman and Donald Pleasence.

Somewhere in the Amazon rainforest, a grizzled trader known as Gringo the Damned (Whitman) leads an expedition into the heart of the rainforest in search of a legendary stash of jewels. Also seeking the treasure is an old Nazi (Pleasence) and his topless native wife (Sonia Infante), as well as a group of bungling young Americans. All must contend with alligators, killer crabs, bloodthirsty native tribesmen, corrupt customs officials, and each other's treachery.