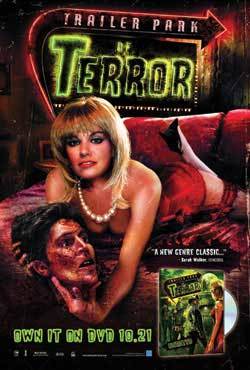 Trailer Park of Terror is a 2008 horror/comedy film written by Timothy Dolan and directed by Steven Goldmann. It is based on a comic book of the same name from Imperium Comics. While the comic was a horror anthology in the same vein as Tales from the Crypt or House of Mystery, the movie is more of a straight up slasher style picture about a group of cliche teenagers who get picked off one by one by the ghoulish residents of the titular trailer park.

Trailer Park of Terror provides examples of the following tropes: