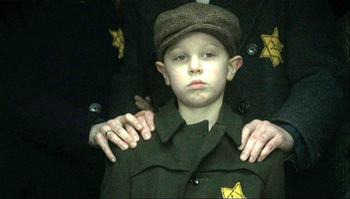 It is set in Germany some time during World War II and The Holocaust. Marianne Meissner is a mother living in an apartment building with a young son, Heinrich. They are good friends with the Silbersteins, a Jewish couple with a son, David. David and Heinrich are the same age and best friends; Heinrich takes piano lessons from David's father.

The Jews are being expelled from Berlin, sent east on cattle cars. When a puzzled Heinrich asks his mom why his best friend David is leaving, Marianne ducks the question, saying David is going to "Toyland". This backfires when Heinrich, enchanted with the idea of a Toyland, decides he wants to go too. This nearly leads to tragedy for the Meissners.