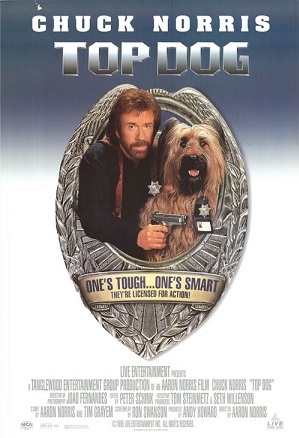 Top Dog is a 1995 buddy cop film starring Chuck Norris as Jake Wilder and... a dog named Reno. Despite their friction, the duo fight crime, most notably a white supremacist group which has been bombing numerous buildings and plans to assassinate The Pope at a Coalition For Racial Unity rally.

It uses pretty much every cop cliche in the book. See also Walker, Texas Ranger for a similar Chuck Norris vehicle. See also K-9 and Turner and Hooch.