Film / To the Bone 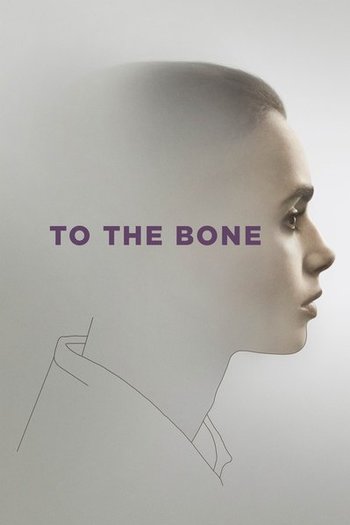 To the Bone is a Netflix original drama film written and directed by Marti Noxon. It premiered on July 14, 2017.

The story revolves around Ellen (Lily Collins), a young artist suffering from severe anorexia nervosa. She's been kicked out of four different inpatient facilities for her defiance and flippant attitude towards recovery. Having dropped out of college and with her birth mother feeling it's "not right" for her to deal with the situation, Ellen moves back in with her controlling stepmother and often-absentee father.

Ellen's stepmother makes arrangements for her to meet a specialist, Dr. William Beckham (Keanu Reeves), feeling it may be her last hope. Ellen reluctantly agrees to stay at Threshold House, but is quickly taken off guard by her fellow inpatients and Dr. Beckham's....unique approach to therapy.

The film became controversial even before its release, particularly because of Lily Collins' severe weight loss to play the lead.