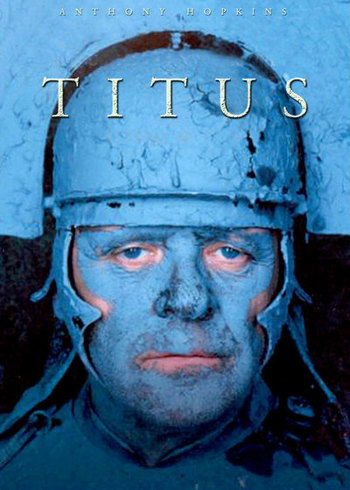 Titus is a 1999 film by Julie Taymor (Frida, Across the Universe (2007)), adapted from William Shakespeare's play Titus Andronicus.

The plot concerns a Cycle of Revenge between the families of Titus Andronicus (Anthony Hopkins) and Tamora (Jessica Lange).

In addition to tropes from the play, this film provides examples of: