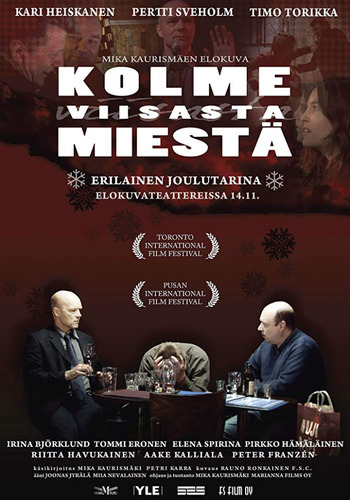 It's Christmas Eve, and three old friends are facing hardships in their personal lives: Matti's wife is pregnant with another man's baby; Erkki is terminally ill and has an illegitimate son who doesn't know about him; Rauno has just returned from France, only to be faced with a sudden tragedy.

On that same day, the three of them meet by accident. They decide to forgo a traditional holiday celebration, and instead spend the night together drinking and singing karaoke. It starts off well enough, each one keeping their own problems to themselves - but as the night progresses, resentments, regrets, secrets and personal issues begin to surface.

Not to be confused with the 2003 animated film The 3 Wise Men.