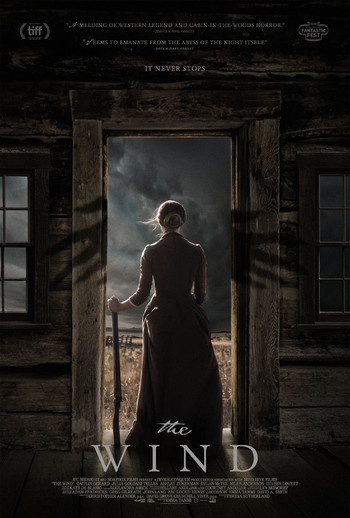 This land. There's something wrong with it.
The Wind is a 2018 western horror film directed by Emma Tammi in her directorial debut, starring Caitlin Gerard, Ashley Zukerman, Julia Goldani Telles and Miles Anderson.
Advertisement:

Lizzy and Isaac Macklin live alone on a remote stretch of land in 19th century America, where the wind never stops howling. A series of strange occurrences convinces Lizzy that something sinister is haunting them, which is made even worse when a newlywed couple, Emma and Gideon Harper, arrives on a nearby homestead.

by Airdorf Games, the indie dev behind FAITH: The Unholy Trinity.

Not to be confused with the 1928 silent film The Wind.