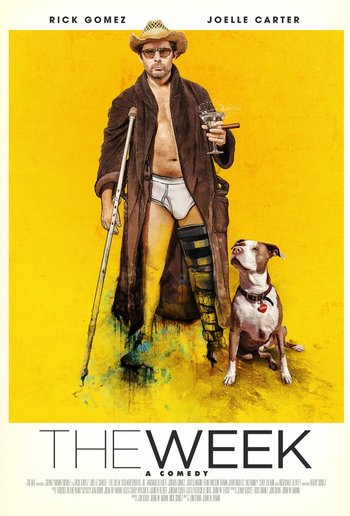 Everyone has their own way of coping with divorce.
"If you hear from Claire....tell her I hate her guts. And I hope she dies of vagina cancer."
Dick Romans
Advertisement:

Gomez plays Dick Romans, a once-famous and now-disgraced TV star. He discovers that his wife Claire has filed for a divorce on the week of their anniversary. He'd had a week's worth of celebrations planned, and opts to do them anyway since they're paid for. He drags along the caterer Lenny whom he hopes to make a love connection with.