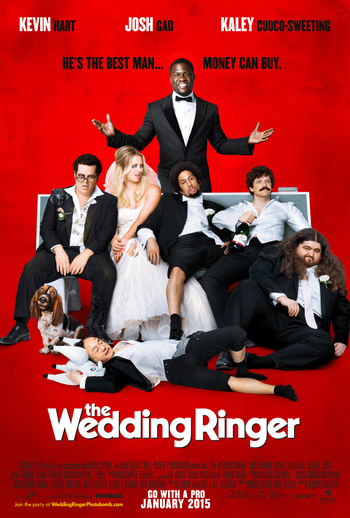 The Wedding Ringer is a 2015 comedy from writer/director Jeremy Garelick. It stars Kevin Hart, Josh Gad, and Kaley Cuoco-Sweeting.

Doug Harris (Gad) is about to get married, but he has no one to be his best man. Out of desperation, he hires Jimmy Callahan (Hart), owner and operator of The Best Man, Inc. With Jimmy's help, he gathers an outrageous selection of guys to be his groomsmen in time for the wedding.