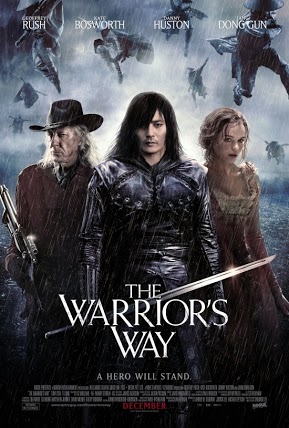 "Ninjas. Damn."
— Ron note Although this line was not actually in the movie
Advertisement:

The Warrior's Way is a western/ninja/circus movie released in 2010. The film's story revolves around the character Yang, an Asian swordsman (Jang Dong-gun) who was exiled from his clan after refusing to kill a baby, and Lynne (Kate Bosworth), a troubled woman with a horrific past. The film uses green screen throughout and liberal use of special effects.