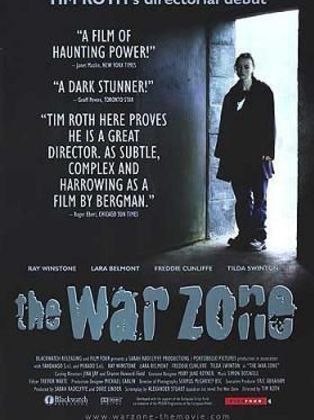 The War Zone is a 1999 British adaptation of the Alexander Stuart novel of the same name, and the directorial debut of Tim Roth. The film follows Tom, the fifteen year old son of a middle-class London family who relocate to Devon. Alienated and friendless, Tom struggles to find his place in their new home, until he comes across a secret between his elder sister and their father. Starring Ray Winstone as Dad, and Tilda Swinton as Mum.