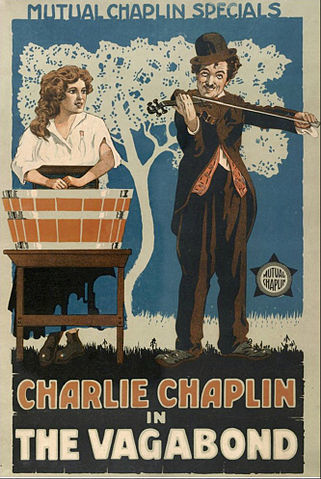 The Vagabond is a 1916 film written by, directed by, and starring Charlie Chaplin.

In this two-reeler, Charlie is an itinerant violinist. The opening scene features Charlie at a bar trying to make some money by playing, only to stumble into a confrontation with a four-man band. The action then cuts to Charlie, on foot on a country dirt road as he is so often found. He stumbles across a Romani ("Gypsy") caravan, and notices a particularly pretty young woman (Edna Purviance, Charlie's regular leading lady) who is being held as a slave by one Romani couple. Charlie is smitten and determines to liberate the girl.

The Vagabond provides examples of: