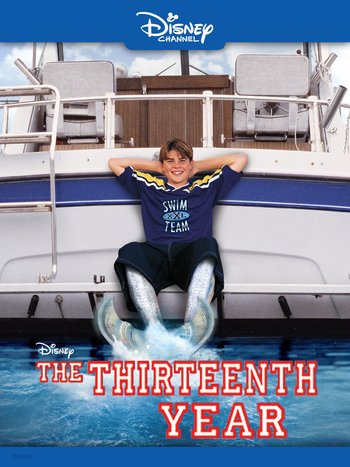 It's so weird in my thirteenth year!
Advertisement:

On a bright sunny day, a mermaid leaves her baby son on a human couple's boat while dealing with a zealous fisherman. The child winds up getting adopted by this couple, Whit and Sharon Griffin, and named Cody. Cody grows up living a fairly normal life, becoming the star of his school swim team and dating a girl named Samantha. But then he begins to experience weird things shortly after turning thirteen years old, such as constantly feeling thirsty and growing scales and fins when he's splashed with water. With the help of his biology class tutor and eventual best friend Jess Wheatley, he starts investigating just what is happening to him.