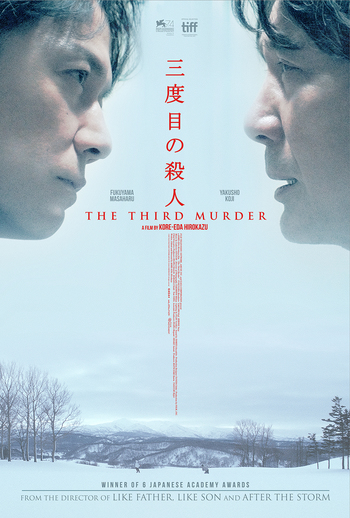 The Third Murder is a 2017 Japanese legal thriller by Kore-Eda Hirokazu.

Tomoaki Shigemori is a lawyer tasked with defending a client named Misumi, who faces death penalty if found guilty, in a murder trial. Misumi has been previously convicted for a murder and has confessed to the crime, but evidence in the new case leads to Shigemori having doubts about what really happened.