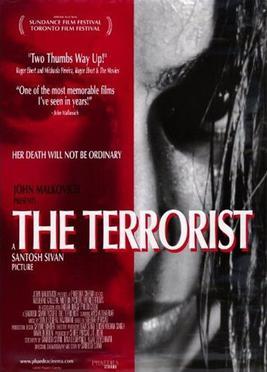 A 1997 Indian Tamil-language film, The Terrorist follows a 19-year old female cadre of the Liberation Tigers of Tamil Eelam (LTTE, or Tamil Tigers) named Malli (Ayesha Dharker) in Sri Lanka on her mission to carry out a suicide attack on a high-profile target.