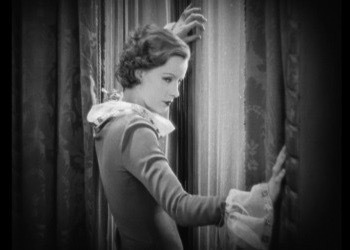 The Temptress is a 1926 silent drama film directed by Fred Niblo and starring Greta Garbo.

Elena (Garbo) is a gorgeous young Parisian socialite. At a fancy masked ball she rejects one suitor, but then meets and falls in instant love with Robledo (Antonio Moreno), an engineer who has returned to Paris from his work in Argentina. Within minutes of first laying eyes on each other they are pledging eternal devotion, with Elena, who is reluctant even to reveal her name, pledging that she belongs to no man.

So it's a surprise when Robledo calls on his old friend, a rich fop with the title Marquis de Torre Bianca (Armand Kaliz), and finds that Elena is the Marquis's wife. He's even more sickened to find out that Elena has been having an affair with a banker named Fontenoy, which her husband knew about. The situation grows uglier still when Fontenoy (Marc McDermott), right after revealing that he's gone broke from paying money to Elena, kills himself at a dinner party. Disgusted, Robledo returns to Argentina, and to his work designing and constructing a great dam. It's a rough spot in the middle of Argentine nowhere, and Robledo throws himself into hard work, forgetting all about his faithless girlfriend—until the Marquis unexpectedly arrives in the construction camp, Elena in tow.

Lionel Barrymore appears as Canterac, one of the construction foremen in Argentina who falls for Elena.