Film / The Story of O 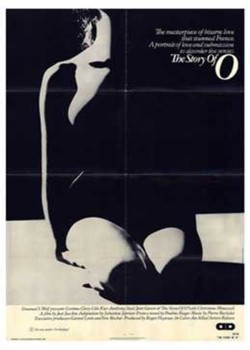 Directed by Just Jaeckin, the 1975 film adaption of The Story of O is a based on the novel of the same name. The film stars Corinne Cléry as "O" herself.

In it, a young fashion photographer known only as O gets turned into a Sex Slave by her boyfriend Renè's friend, Château Roissy. He tells her that she always has to be available for all kinds of sex, including some rather violent, BDSM-esque activities. In between the fanservice, she grows to enjoy it.

The Story of O contains examples of: