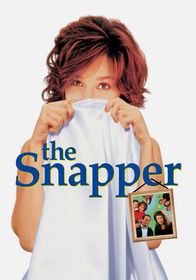 The Snapper is an Irish film based on the book of the same name. When Sharon Curley finds herself pregnant with the titular snapper (Dublin slang for baby), her life and the life of her immediate family is set to change forever.

Things get complicated when the father of the baby turns out to be George Burgess, the father of her friend and neighbour (possibly by rape). Of course, she denies this, claiming that the father is an unknown Spanish sailor. However, she ends up a pariah around her hometown over it.

The film is a huge Cult Classic in Ireland that has been subject to much Memetic Mutation. Even two decades after its release, it's still oft-quoted.