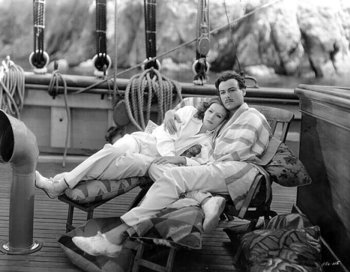 Arden Stuart (Garbo) is a rich young socialite. She's also someone who likes sex and romance, and she has only contempt for the Double Standard that says men are to be admired for their sexual conquests but women are to be scorned. After an affair with her chauffeur ends in tragedy, she falls for the ridiculously named Packy Cannon (Nils Asther), who may be even richer than she is. Packy whisks her away to the South Seas on his yacht, but eventually breaks off the romance.

There to pick up the pieces is another rich guy, Tommy Hewlett (Johnny Mack Brown). Tommy calls himself "boring" and knows that Arden really loves Packy, but asks her to marry him anyway. She does, but she can't forget her long-lost love.