Film / The Siege of Jadotville 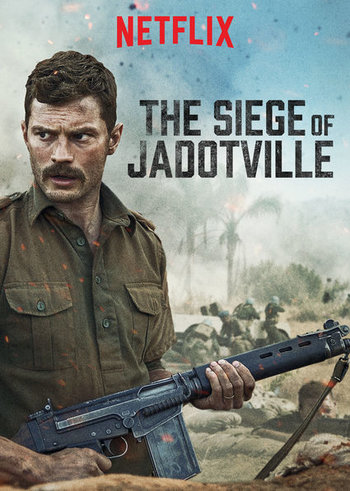 The Congo, 1961. The Cold War is at its height. The United Nations has authorised Operation Morthor in the separatist Katanga province. Under the auspices of Conor Cruise O'Brien, an operation on Radio Katanga results in a disastrous bloodbath with multiple civilian casualties.
Advertisement:

Meanwhile, at Jadotville, "A" Company from the Irish Army's 35th Battalion suddenly comes under attack by a force of Katangese rebels and mercenaries in retaliation for the events of Operation Morthor. What would follow was a six day siege with the Irish company outnumbered by a factor of twenty.

The film was notable for giving public recognition for the true events of what happened at Jadotville. For many years, the soldiers who fought there were treated as cowards for surrendering. In reality, they had been left with no choice, having run out of supplies and ammunition and cut off from any reinforcements. While the film was made specifically for Netflix, it received a limited theatrical run in Ireland.