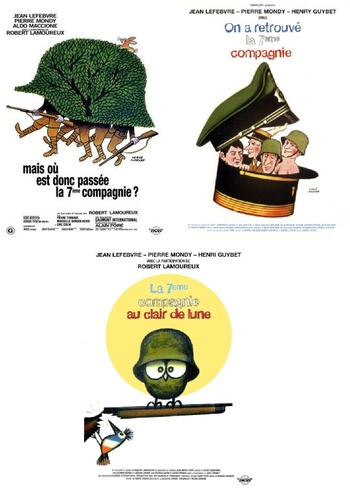 It relates the comical adventures of three French soldiers of the 7th Transmission Company, Chaudard (Pierre Mondy), Tassin (Aldo Maccione in the first film and Henri Guybet in the sequels) and Pithivier (Jean Lefebvre), during the early phase of World War II. The trio gets lost somewhere on the front in May 1940 during the Battle of France, and they wander aimlessly in the forests and countryside as German soldiers start occupying the country.