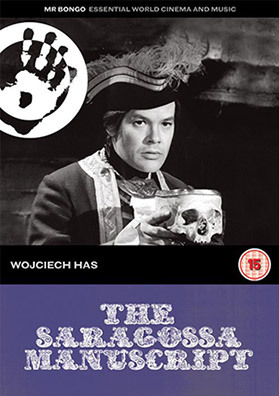 The Saragossa Manuscript is a 1965 film by Polish director Wojciech Has, based on The Manuscript Found in Saragossa by Jan Potocki, written in 1815.

The movie begins with the discovery of the titular manuscript by an army officer, who (in the middle of a battle) begins thumbing through it to admire the artwork. An enemy officer arrives, tries to arrest him, and gets drawn in as well. As it so happens, the book talks about his ancestor.

Alfonse van Worden, captain of the Spanish Walloon Guard, is attempting to reach Madrid over the mountains with his two servants. Warned of gypsies and ghosts, he resolves to proceed anyway. Along the way he is seduced, drugged, seduced again, drugged again, and told numerous stories, in which some of the characters begin telling stories of their own...