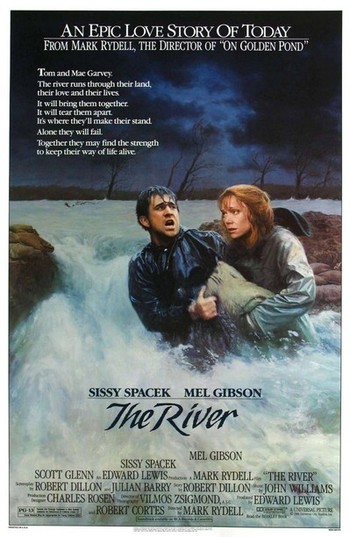 "Wait, I'm going to have more Oscars than YOU!?"
The River is a 1984 drama directed by Mark Rydell, starring Mel Gibson and Sissy Spacek as struggling Tennessee couple whose farm is under threat of foreclosure and from the elements. It was one of several '80s dramas dealing with the struggles of America's farmers - the same year saw Country with Jessica Lange and Places in the Heart which were both rather better received.

The tropes linked to this film: