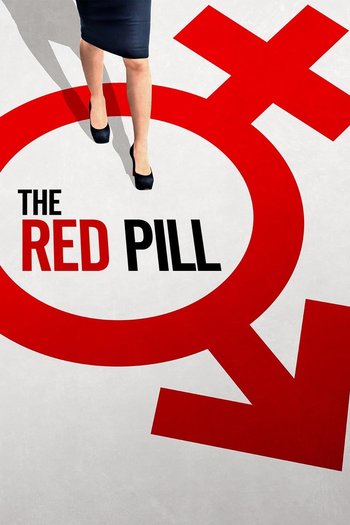 Down the rabbit hole of gender politics.
"Have you ever been through something and you don't know what just happened, but you know it was important to go through? This is that journey for me".
— Cassie Jaye

The Red Pill is a 2016 American documentary film that explores the Men's Rights Movement. It was produced and directed by film director and actor Cassie Jaye.

The film is the culmination of interviews and research Jaye did over the course of a year. At the start Jaye was skeptical towards the Men's Rights Movement, something she believed to be a hate movement. The film is her journey of a largely academic exploration as to the origins of true Men's Rights activism, something that focuses on equality through a male lens to the world.

There has been criticism of the film, as in some ways it is framed to suggest that Jaye, an oft-typecasted "Dumb Blonde" in her previous short-lived acting career, is denouncing feminism. However, it is a personal story of a personal journey and can be given validity as such. Jaye says she was more driven to make the film and see why people who claimed not to be misogynists supported Men's Rights because producers would only fund the documentary if it were given a feminist bias. Also, she was allegedly disqualified from applying to film production grants in the "female director" categories because of the subject matter, though this was reported by Breitbart so can be taken with a pinch of salt.

This, Jaye claims, caught her eye: there is funding support for female directors and filmmakers of color but not for white men. This is what she claims to see the Men's Rights Movement as being about: a completely equal playing field.

The documentary largely focuses on the societal double standards around legal recourse for men as "masculine" compared to women: both standards and media representation of marriage and childcare, rape and abuse, appropriate jobs and workplace conditions.

With the filmmaker being a woman, The Red Pill can be analyzed as having the Female Gaze applied. It could be argued that this is one way in which any potential controversy from individual toxic Men's Rights activists may be neutered in effect by the female direction and language of the film on a large scale.

It was released on October 7th, 2016. For the similarly-named trope after which the movie is indirectly named, see Red Pill, Blue Pill.

This documentary discusses the following tropes:

The documentary contains examples of: