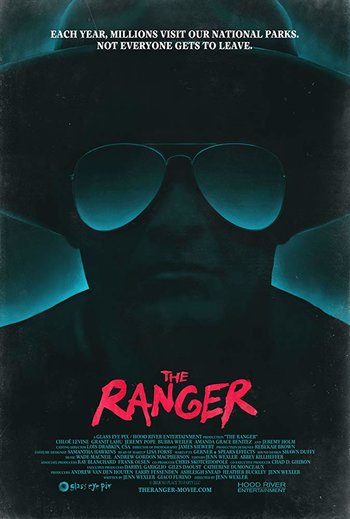 This isn't a place for kids to party.
Advertisement:

The Ranger is a 2018 Slasher Movie directed and co-written by Jenn Wexler. It stars Chloe Levine and Jeremy Holm. When Chelsea (Levine) and the band of hard-partying, drug-dealing punk rockers she runs with escape from a police raid they begin looking for a place where they can lie low for a while. Chelsea suggests her late uncle's old cabin in a nearby state park and it initially seems like the ideal place. But to her horror, Chelsea recognizes the menacing park ranger (Holm) who begins stalking them as they enter the park. It turns out Chelsea and the mysterious ranger share a tragic secret, and his plans for her have only just begun...