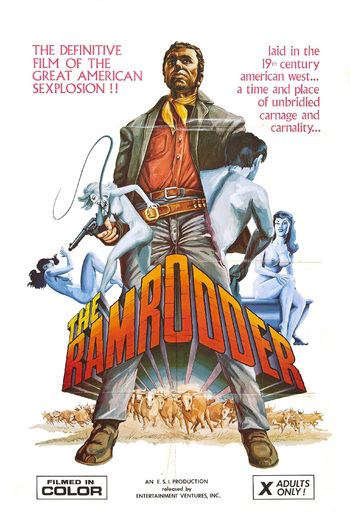 The Ramrodder (1969) is an adult western that's part nudie-cutie, part violent "roughie". Produced by an uncredited David F. Friedman and directed by Ed Forsyth under the alias Van Guylder. Notorious for its connection to Charles Manson (two members of the 'Manson family' appear in it) as well as its lurid sado-masochistic whipping scene with Kathy Williams.

Cowboy Rick,on his way to visit his sweetheart, encounters a bevy of beautiful Indian maidens and dallies with one of them. Later, when one of the girls is murdered by a passing no-good, the tribe falsely blames Rick and sentences him to die. But Tuwanna, the chief's daughter with whom Rick, um, dallied, has other ideas.