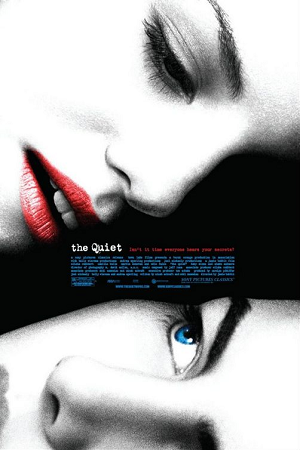 The Quiet is a 2005 drama-thriller directed by Jamie Babbit and starring Elisha Cuthbert and Camilla Belle. Dot (Belle) is a deaf-mute teenager whose father has recently died and who was taken in by the Deer family, old friends of her parents. Nina (Cuthbert) is the daughter of the Deer family, somewhat resentful of Dot, who (suspecting that Dot may actually be able to hear) starts telling her disturbing things about her family and her life.