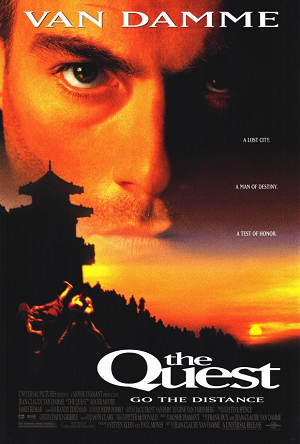 In 1925, a street pickpocket named Christopher Dubois inadvertently boards a smuggler ship to Siam, where he is found by a mercenary Englishman, Lord Edgar Dobbs (Roger Moore), and sold as a slave to a martial arts master in the Muay Thai Island. After several months, Dobbs finds Dubois again, this time as an expert fighter in an underground muay thai fight. Seeing this opportunity, Dobbs buys Dubois's freedom so he can represent the U.S. in a martial arts tournament called the Ghang-gheng, held in the Lost City of Tibet, where representatives of different countries fight for the Golden Dragon. Along with American reporter Carrie Newton and the heavyweight boxing champion Max Devine, Dubois leaves for his quest for the gold.