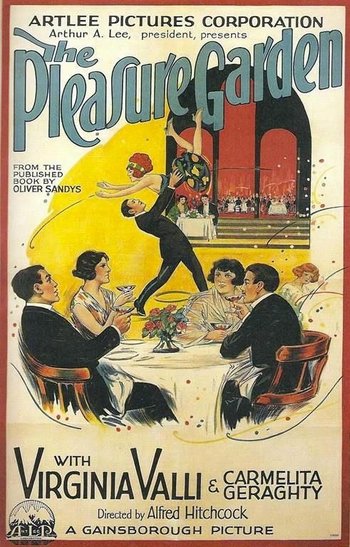 The Pleasure Garden is an Anglo-German silent film from 1925. It is notable as the directorial debut of one Alfred Hitchcock.
Advertisement:

Patsy Brand and Jill Cheyne are chorus girls at the Pleasure Garden Theatre in London. After her fiancé Hugh Fielding leaves to work on an overseas tropical plantation, Jill begins cheating on him. Meanwhile, Patsy gets married to Mr. Levet, who will be joining Hugh on the plantation.

Anyway, the ending involves a ghost.