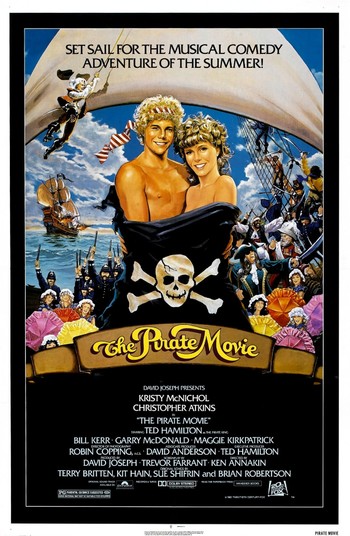 The Pirate Movie is an Australian-made 1982 musical comedy film loosely based on The Pirates of Penzance, directed by Ken Annakin. It stars Kristy McNichol, Christopher Atkins, and Ted Hamilton.

It is framed as a movie-length dream sequence by Mabel (McNichol), a modern teenager who inserts herself into the story as the hero's love interest, allowing the inclusion of pop music and a lot of 20th-century pop culture references alongside actual songs from the original operetta, as well as several moments of self-awareness by the characters.

This movie includes examples of: