Film / The Phantom of Crestwood 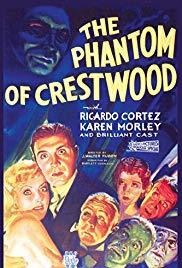 The film was based on a radio serial, which was heard on NBC Radio's Hollywood on the Air for six weeks from August 26 through September 30, 1932, and a contest was held where listeners sent in suggestions for the film's ending.

Jenny Wren coerces banker Priam Andes to have a dinner party at his shorefront estate Crestwood, and instructs him to invite three other men, each of whom she plans to extort money from. Jenny plans to retire to Europe after a life of involvement with wealthy and influential men. Also at the party, among others, are Jenny's sister Esther and her fiance, scion of the Andes' family. But death also attends and Jenny's plans are thwarted.

Tropes used in The Phantom of Crestwood include: