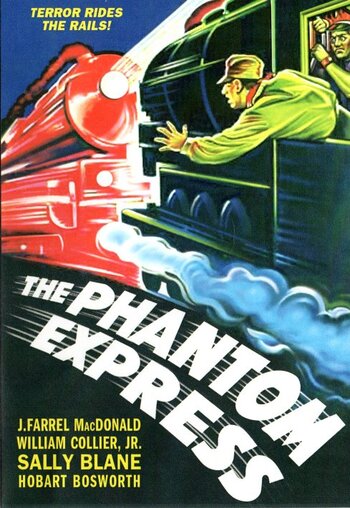 The Phantom Express is a 1932 Pre-Code film.

A train engineer ends up having a collision when he thinks he sees an oncoming train, only to discover there was no train, resulting in the deaths of several passengers. Eventually, the son of the railroad company owner investigates, and discovers that a rival railroad company has been engineering collisions to trick his father into selling out.