"You can't kill me. I'm having a dinner party."
— Warwick Wilson 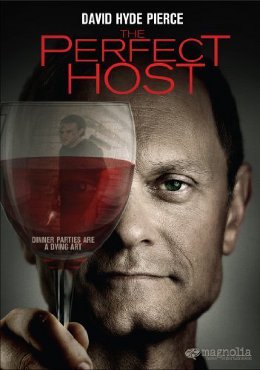 The Perfect Host is a 2010 dark comedy / thriller independent film starring David Hyde Pierce of Frasier fame and Clayne Crawford. A career thief, John Taylor (Crawford), needs to evade police for one night after a bank robbery that resulted in a wound to his foot. Turned away by other residents of Los Angeles, he concocts a quick story to get into the house of a man living alone, Warwick Wilson (Pierce). Warwick has his own plans for John though, but first, he's expecting guests.

As this film has various Plot Twists, expect spoilers ahead.

The Perfect Host provides examples of: