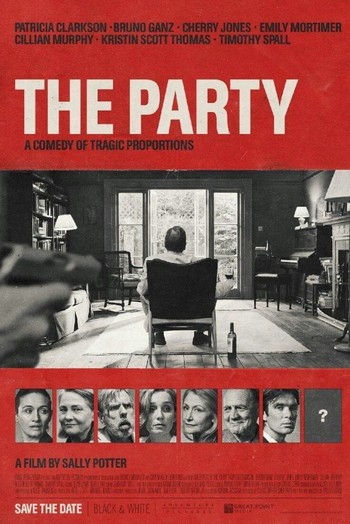 The Party is a 2017 tragicomedy film directed by Sally Potter in which Janet (Kristin Scott Thomas) hosts a house party to celebrate her appointment as the Shadow Health Minister and drama ensues.