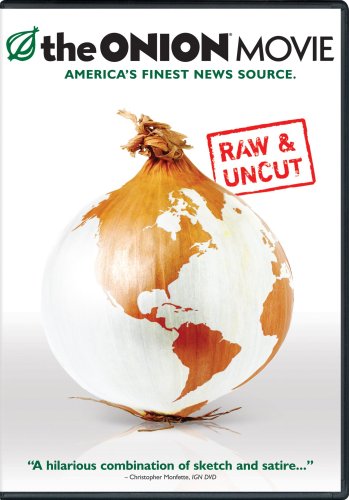 "In this crazy world The Onion may be the only source that people can truly trust."
Advertisement:

The Onion Movie (also known as News Movie) is a 2008 Direct to Video Sketch Comedy movie based on The Onion.