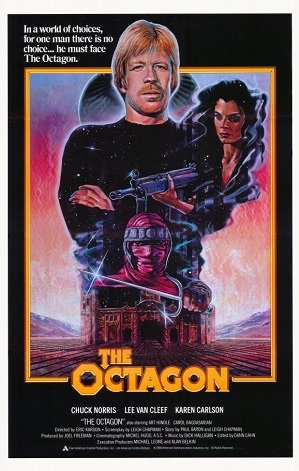 The Octagon is an action film from the year 1980 starring Chuck Norris and Lee Van Cleef.

Retired martial arts champion Scott James (Chuck Norris) has refused to fight since a bout went bad and injured his opponent. Now, however, ninja terrorists keep appearing, causing James to question whether someone from his past could be training them at a mysterious compound called The Octagon.